Have you been watching FX's American Crime Story: The People Vs. OJ Simpson?   It's okay, because we have too, and its probably the best show on television right now.   There's much to mull over regarding the Simpson case looking back at it these 20 years afterward, and while the public might be more interested in the what could've been between Los Angeles Prosecutors Marsha Clark and Chris Darden, what has been touched upon in the series, but hasn't been picked up on by the public watching the show is the purely metaphysical nature of the situation as it relates to Simpson and the dichotomy of racial desire.   What does that mean?    Maybe you should re-watch the show if you don't know.     Simpson, in our eyes, has always been a great actor, and perhaps that's one of the brilliant facets of the case and how he seemingly managed to keep his cool during the trial;  he even went so far as to produce a home video in 1996 which tried to explain why he didn't commit the murder of his ex-wife Nicole Brown Simpson and her friend Ronald Goldman.    And to boot, Simpson wrote a book which purportedly suggests the premise:  If I did do it, here's how I would have done it.   Insane.
Blah, blah, blah....   Here's our favorite OJ Simpson movies (in no particular order): 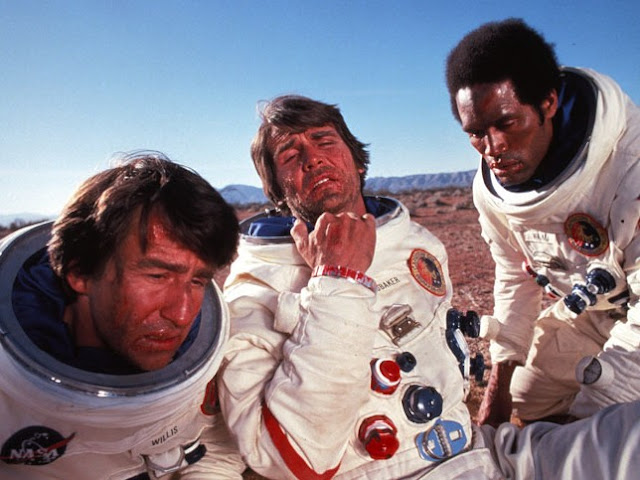 Capricorn One (1977)
And you thought Stanley Kubrick was behind the moon landing?   While the premise that movie director Stanley Kubrick had anything to do with the moon landing in the late 1960s proves that culturally we desire conspiracy, Director Peter Hyams takes the whole idea farther with his 1977 film Capricorn One.    Starring Elliot Gould, James Brolin, Sam Waterston, and The Juice, the four play astronauts who the world believes are being sent on the first manned mission to Mars.   However, when a technical glitch in the ship malfunctions, NASA decides that it would be better if they didn't call the whole thing off, but stage it on a Hollywood-like sound stage.   Stopping people who discover what they're up to, people die in order for this conspiracy to unfold in proper time in front of the American people watching "history" being made from at home, safe, in front of their television sets. 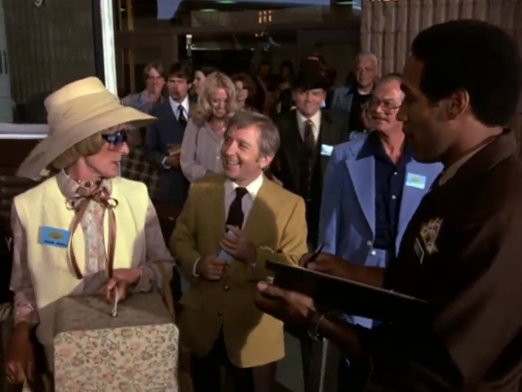 Detour To Terror (1980)
A made-for-television thriller that stars OJ and features a small cameo role from his soon-to-be-wife Nicole Brown, Detour To Terror is a sort of rip-off of Wes Craven's The Hills Have Eyes minus the whole cannibals-eating-and-killing-stranded-tourists thing.       A busload of tourists, headed by Simpson are terrorized on the road by a trio of dune buggy crazies.  What we don't know, until later on in the chase is that their homicidal dune buggy enthusiasts have set their sights on kidnapping one of the people on the bus.    After a chase, all hell breaks loose, and the bus goes off the road.   From there, it's up to OJ to save the day, 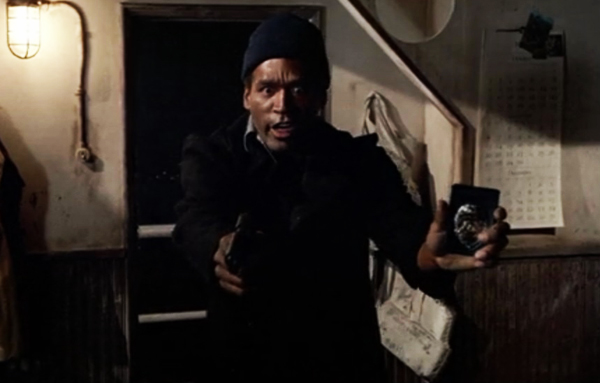 Naked Gun (1988)
From comedy-spoof masters The Zucker Brothers comes Naked Gun aka The Naked Gun: From the Files of Police Squad!   This 1988 box office success stars the ultimately unlikely ensemble players ever assembled: Priscilla Presley, George Kennedy, Leslie Nielsen, and OJ Simpson.    Completely slapstick-y, and loaded with the Zucker Bros. trademark use of visual gags, the film is a spin-off of the Leslie Nielsen comedy television series Police Squad!  Simpson is hilarious as "Nordberg," the slightly, inept police sleuth that for whatever reason is bested every-time he encounters Nielsen's character on screen.    Who knew comedy would be so easy for The Juice? 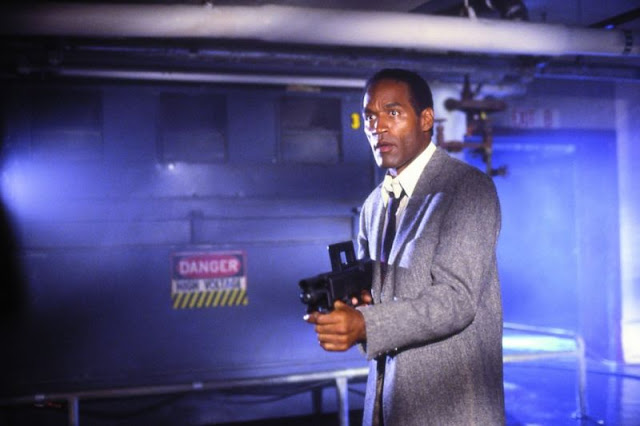 CIA Code Name: Alexa (1992)
Directed by C-movie director Joseph Merhi, CIA Code Name: Alexa is hardly a C-list movie.  However, it was made for the schlocky PM Entertainment, and stars (then) husband-and-wife team Lorenzo Lamas and Kathleen Kinmont as a para-military team that go out against a select gang of terrorists who have aims at getting their hands on some nukes.   OJ co-stars, and The Juice kicks a lot of ass in CIA Code Name: Alexa.    Perhaps, this is the film that OJ was 'training" for when it was reported that he had just underwent special military training in the wake of his arrest following the Nicole Brown and Ron Goldman murders.  Maybe his "training" in CIA Code Name: Alexa helped him kill them both?     Disturbing. 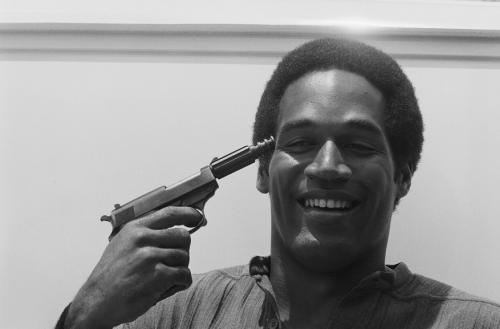 Originally a movie that was intended to featured tough-guy actor Charles Bronson, director Michael Winner (best-known for working with Bronson) casts equally-tough, but more handsome James Coburn in the lead role opposite The Juice.   A joint American-English production, Firepower is about a former mafia hitter (played by Coburn) who is sent to track down and arrest a crazy billionaire who is in love with sex goddess Sophie Loren.    The film was shot all over the world, specifically in places like: Antigua, Saint Lucia, Brooklyn, New York, and Miami, and Key Largo, Florida.  Oh yeah, and Bridgeport, CT. (WTF?)   The Juice is a bad-ass in Firepower, and perhaps his handling of the firepower in this Winner film contributed, years later, to his penchant for death and violence?